Best Teatime is Any Time 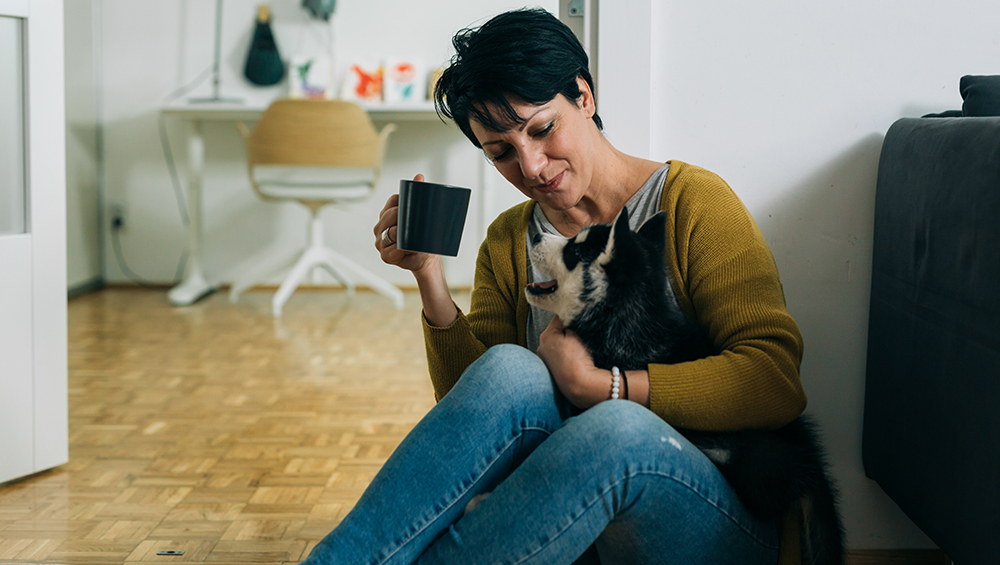 The best teas to drink depending on the time of day.

We all want a magical panacea to give us energy during the day and to help us sleep when the sun goes down. Turns out, this remedy exists, and you don’t have to search for it farther than your kitchen cabinet—it’s tea!

There are countless types of tea, and they all serve up their own health and wellness benefits. Here are some of the best tea blends best for day, as well as for night:

Green tea. In a 2017 review published in Phytomedicine, researchers looked at 21 studies and found that green tea boosted memory and attention, as well as brain function. As a bonus, green tea has a long list of additional health perks. “Drinking three cups of green tea daily helps lower LDL cholesterol and reduces risk of cardiovascular disease, certain cancers, type 2 diabetes and possibly growth of uterine fibroids,” says Todd Cooperman, MD, president of Consumerlab.com, who has done extensive studies on the health benefits of green tea. “These benefits may be due to the catechins, such as EGCG, in green tea.” Cooperman adds that you shouldn’t drink green tea in place of water. “Drinking tea instead of water can increase risk of fluorosis (from the fluoride that naturally occurs in green tea), which can make teeth and bones more brittle,” he says. Aim for eight, 8-ounce glasses of water on top of your daily green tea.

In addition to boosting energy, the powerful polyphenols in black tea have been shown to decrease blood pressure and cholesterol, lowering the risk of cardiovascular disease. The polyphenols in black tea also appear to promote gut health, which can bolster immunity and lower risk of type 2 diabetes, obesity, cancer, and inflammatory bowel disease.

Mood enhancing teas. Nothing makes your day go smoother than a good mood. A few different tea blends appear to affect mood in a positive way. Some evidence shows that lemon balm tea helps you feel good and staves off depression. Other teas that appear to improve mood include St. John’s Wort and Ashwaganda blends.

When the sun goes down, most of us shift our focus to sleep. Luckily, there are several tea blends that help, both with falling asleep and getting good quality zzzs.

Chamomile tea: For centuries, chamomile has been used as a tranquilizer and remedy to induce sleep. Chamomile tea contains an antioxidant known as apigenin, which binds to receptors in the brain that lower anxiety and help the body relax.

Ginger tea: One reason people frequently give for not being able to fall asleep is gastrointestinal distress. To prevent stomach issues that keep you awake, drink an after-dinner ginger tea. Ginger has been proven to help prevent a variety of gastrointestinal discomforts, from indigestion to nausea and vomiting to constipation to bloating and gas.

Passionflower tea: Recent studies show that passionflower tea made from stems, leaves, and flowers of the Passiflora plant may be the latest and greatest tea remedy for sleep. One study looked at a tea made from passionflower, valerian root and hops and compared it with the sleep medication Ambien as a sleep aid. The passionflower combo tea was as effective as Ambien at improving quality of sleep.

In another study, 40 healthy adults drank passionflower tea every day for a week and found they slept better than adults who didn’t drink the tea.

Valerian root tea: A popular sleep supplement in the United States and Europe, valerian root tea works to induce relaxation. Valerian tea contains two natural sedatives called valepotriates and sesquiterpenes. In one study, participants who drank valerian fell asleep faster and reported better sleep quality than those who did not.

Sunup or sundown, tea is one of the simplest and most effective remedies around. Try sampling a few different teas to find which ones taste good and make you feel the best, day and night. 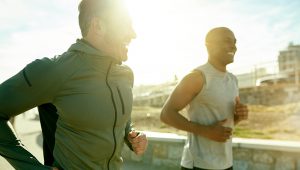 Challenge yourself each week to try one of these mood-boosting strategies and then build on them throughout the month. 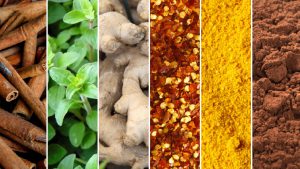 6 Herbs and Spices to Boost Your Health 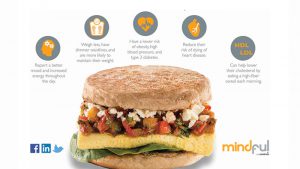 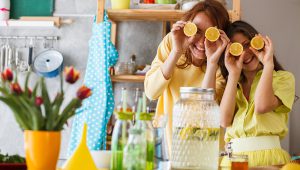 5 Reasons to Start Your Day with Citrus