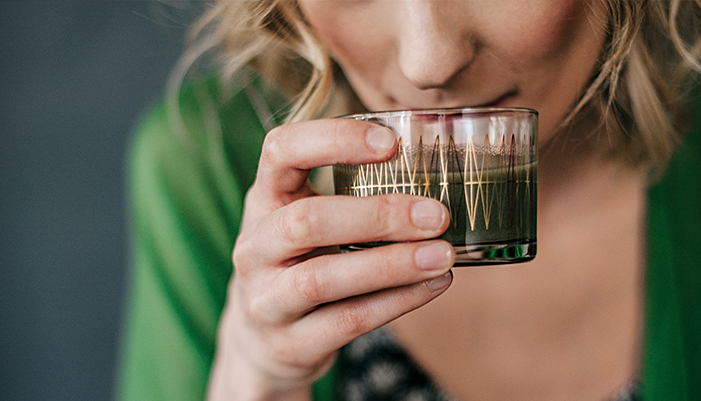 Today’s trendy beverages make it easy to slip some extra nutrients into your diet. Here’s some help making the smartest choices.

You may have noticed there are more “wellness” drinks out there than ever. Hello, kombucha! Good morning, nitro coffee. Oh, hey, probiotic organic soda. The appeal is understandable. “It feels easier to drink nutrients than to eat them,” says Emily Bailey, RD, CSSD, LD, a National Academy of Sports Medicine–certified personal trainer based in Ohio. While these drinks do offer surprising nutritional perks, she cautions that they also come with some pitfalls. To help you sip smarter, Bailey shares the pros and cons of the wellness drinks commonly sold in supermarkets and convenience stores.

If your interest in this fermented sweet tea is bubbling up, give it a try. Kombucha offers B vitamins, lots of antioxidants, plus probiotics, which are good-for-you organisms that protect gut health and immunity. Though sugar is added to feed the fermentation, these black or green tea drinks aren’t typically high-cal (most are around 35 calories). Still, because the sugar count in some varieties can reach 25 grams (that’s about 5 teaspoons) per bottle, you’ll want to check labels carefully and keep a close eye on how many other sweets you’re enjoying that day.

Lactose intolerant? This strained yogurt drink has almost no dairy-sugar, so it’s a smart pick for your probiotics. Kefir is also a great source of protein, calcium, magnesium and vitamin B12. The plain version is an acquired taste, but it’s great in fruit smoothies. As with yogurts, added flavorings here mean added sugar. So look for varieties with 10 grams of sugar or less per serving.

The recipe here is simple: soda plus kefir. And, of course, organic means no pesticides or antibiotics. Bailey cautions that adding a healthy thing (probiotics) to a less healthy thing (soda) doesn’t give you the green light to indulge with abandon. When it comes to soda, she recommends practicing moderation. Non-carbonated kefir, notes Bailey, can be enjoyed daily.

Bailey says there’s no actual proof that drinking apple cider vinegar or coconut vinegar spurs weight loss. As for detoxing, your liver and spleen do that just fine. However, if you’re curious about popping open what’s known as a “drinking vinegar” (you’ll see tempting flavors like cucumber, lemon, berry or peach), it won’t hurt you—and making it a habit might help you make healthier choices throughout the day. To avoid nausea, don’t drink it on an empty stomach. And if you decide you don’t love your vinegar drink, Bailey says the leftover makes a great meat marinade.

This sports-drink substitute contains electrolytes and only about 90 calories per serving. That said, you don’t really need to replenish electrolytes unless you’ve exercised for over an hour (or 45 minutes in intense heat and humidity). In that case, have some pretzels, too, since sodium is the nutrient you lose most when you sweat, and sodium is lower in coconut water than it is in traditional sports drinks.

If you’re not a big fan of fish, enjoying chia seed drinks a few times per week makes sense. Bailey says they offer a dose of omega-3s (about 2,500 milligrams per serving, plus some 6s and 9s), as well as fiber, protein and calcium. Keep an eye on serving size, though, since a bottle may hold more than one serving, which is about 120 calories.

Sorry, folks: Adding nitrogen to coffee basically results in foamy, high-caffeine coffee. The infusion of this gas does make for a creamier texture, though, which might help you forgo the high-fat creamer. Nitro coffee is considered a low-calorie energy-drink replacement, provided you don’t add sugar. Bailey is not a fan of energy drinks, so she believes this is a better option if you feel you need a pre-workout pick-me-up. 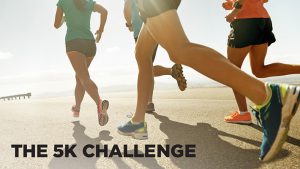 Even if you’re new to running, this easy-to-follow plan will make you a 5K finisher in just five weeks. 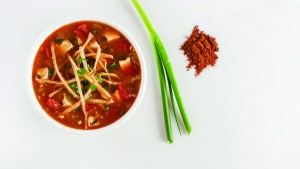 5 Kitchen Hacks That Get Food onto Your Table Fast 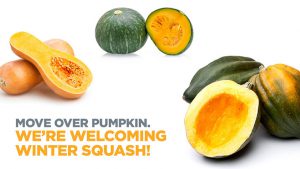 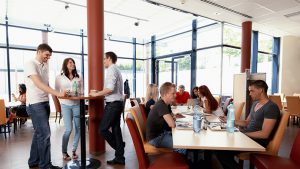