The five best and five worst foods for focus.

Between texts, social media posts, and news updates, we live in a world of constant distractions. In our attempt to focus, we may reach for foods and beverages that can help or hurt. Some foods can improve attention, and others can cloud our thinking. Here are the five best and worst foods for focus:

Ironically, some of the foods and beverages we are quickest to reach for when we need to concentrate are the worst when it comes to helping us think.  Remember, what you put in your stomach will also feed your brain. 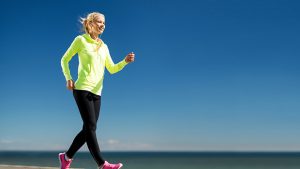