6 herbs and spices to boost your health 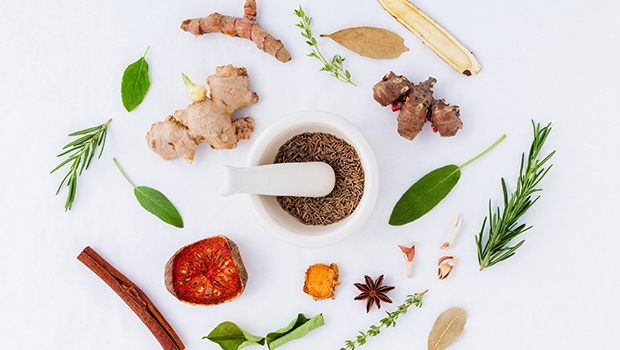 These culinary superstars not only add flavour, they offer impressive health benefits.

Herbs and spices, such as cinnamon, oregano, turmeric and ginger, are your secret weapon in the kitchen. Many offer great flavour, but health benefits as well. These six herbs and spices can help kick up the health factor of your meals.

Cinnamon
According to several dietitians, this sweet-smelling, comforting spice has potential benefit for blood sugar control. Cinnamon also has antimicrobial properties that can help fight bacteria.

Spice it up: Skip the sugar and supplement your coffee or latte with a dash of cinnamon for nearly zero additional calories. The spice is excellent in savoury dishes, too. Add ¼ teaspoon cinnamon to a pot of beef stew or use it in a spice rub for grilled beef or lamb.

Spice it up: Add unsweetened cocoa to pancake mix and oatmeal when you want rich chocolate flavour. It can also bring extra depth to meatless dishes, like vegetarian chili or black bean soup.

Ginger
Ginger has long been a folk remedy for settling an upset stomach. It is potentially good for digestion, and there’s scientific evidence that it may ease nausea and vomiting related to pregnancy.

Spice it up: Put grated fresh ginger in a shrimp and tofu stir-fry for extra flavour. Or use it in tea and freshly squeezed juices. Ground ginger has a milder taste that works well in baked goods and savoury dishes, so sprinkle it on chicken thighs or carrots before roasting.

Oregano
A staple in Italian cooking, oregano has potential antibacterial and anti-inflammatory properties, and it contains antioxidants. In fact, oregano’s total antioxidant capacity is higher than that of almost any other herb or spice. The dried version packs more antioxidants than fresh.

Spice it up: With its fragrant, herby aroma and bold flavour, a little oregano adds big taste. Sprinkle dried oregano on pizza or into homemade salad dressing. Use fresh or dried oregano in a marinade for grilled chicken or vegetables.

Red pepper flakes
Chili peppers get their spicy kick from capsaicin. This compound may help curb appetite and temporarily boost calorie burning. Small amounts of spice enhance certain flavours, including saltiness, so you can use less salt on your food without sacrificing taste.

Spice it up: All forms of chili peppers contain capsaicin, so put Sriracha chili sauce on your eggs, marinate meats with canned chipotle peppers in adobo sauce, or toss sliced fresh or pickled jalapeños on sandwiches or tacos.

Turmeric
A main ingredient in most curry powders, ground turmeric is known for its vibrant golden hue. Curcumin, a compound in turmeric, may have anti-inflammatory properties. There’s even evidence that curcumin may do a better job of reducing the joint pain caused by arthritis than some anti-inflammatory drugs.

Spice it up: Ground turmeric has a mild flavour, making it really versatile. You can add it to pumpkin bread or sprinkle it on roasted squash or sweet potatoes. Toss cauliflower florets with olive oil, ground turmeric and salt, then roast in the oven at 225  degrees Celsius for 20 minutes. 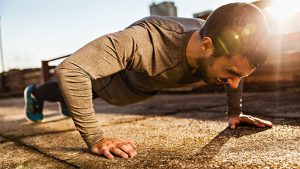