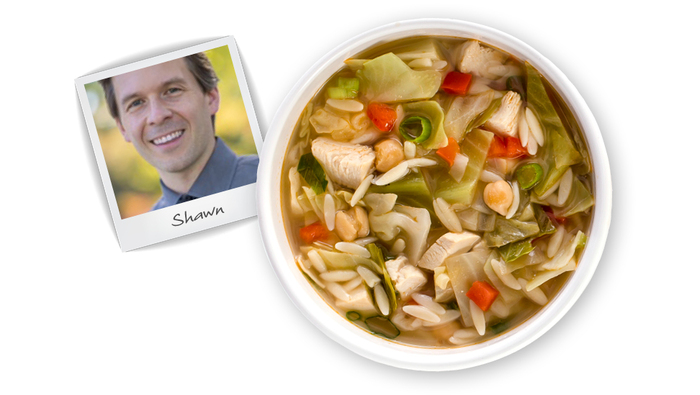 It’s safe to say that Shawn is a regular at the café on the Concordia University campus in Portland, Oregon. The servers not only know exactly what he’s going to have for lunch every Friday, they’ve even nicknamed his soup and soda order after him.

“I call it my soup moment,” says Shawn, an administrator at the university who’s also married and has two teenagers and an 8-year-old. “You can’t blitz through a bowl of soup, so eating it is an ideal time to take a pause and reflect.”

He put lots of thought into his Make It Mindful soup creation. “I’ll admit to being a techie,” he says. “When I saw the email announcing the contest, I did get drawn into filling up the virtual soup bowl more than a few times.” He didn’t hit submit, though, until he found the makings for a hearty soup that he couldn’t wait to dive a spoon into.

“It was chickpeas and spices for the win that day,” says Shawn, who fills his downtime hiking the Columbia River Gorge, tinkering with robotics or attending Portland Timbers soccer games with his family. “Right away, the tasty bean made me think of Mediterranean cooking, and I think it’s rare to see Mediterranean-inspired soups.”

He added chicken since it’s a lean, satisfying protein. Cabbage beat out kale because the workhorse of year-round vegetables “wouldn’t overpower the whole soup like greens would.

“A good soup should be simple but not leave anyone wanting,” he continues. “Mine had to be substantial, with enough kick and spice to last me even if I have just a cup.”

Now that his soup has taken top prize, Shawn says he’s looking forward to sharing the love with the café staff. “I actually want them to have the first bowl!” he says. He’s also excited to break out of his solo soup moment and invite his family and friends to join him for lunch January 8.

The Journal of Me 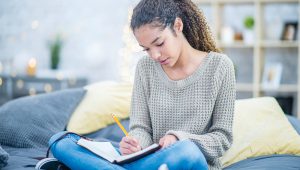